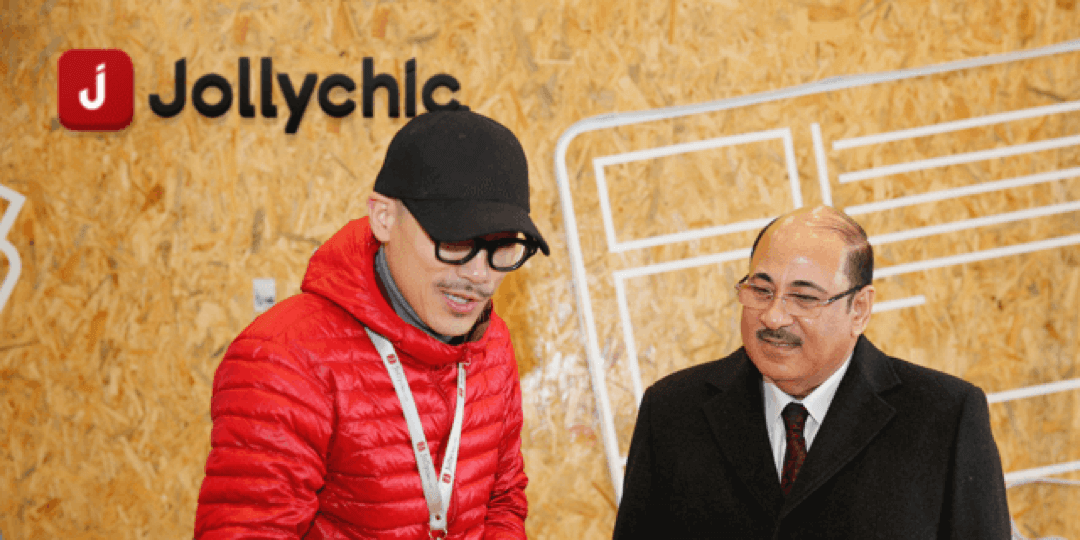 The ambassador learned about the different departments of Jollychic. The staff in the Technology And Data Science departments discussed how information-based technical service systems have been implemented in Jollychic. The system is designed to aggregate user groups and provide “Thousands of People, Thousands of Services”, which optimize the accuracy of marketing, data and digital management.

In the exhibition hall of electronic products, Mr. Al-abdulla tried parts of the newest gadgets, and showed strong interests in the modern moonlight which contains technological elements and the Middle Eastern culture. The ambassador praised the idea and business model of the company, the richness of category, and the use of big data and artificial intelligence technology.

In the end, Mr. Al-abdulla conducted a comprehensive dialogue with CEO Aaron Li. Mr. Al-abdulla said that the Kingdom of Bahrain was one of countries who participate in the “The Belt and Road "Initiative in China and Jollychic is currently the most popular e-commerce company in the Kingdom of Bahrain and hopes that more outstanding Chinese companies like JollyChic can come to Bahrain to achieve better economic and trade cooperation.